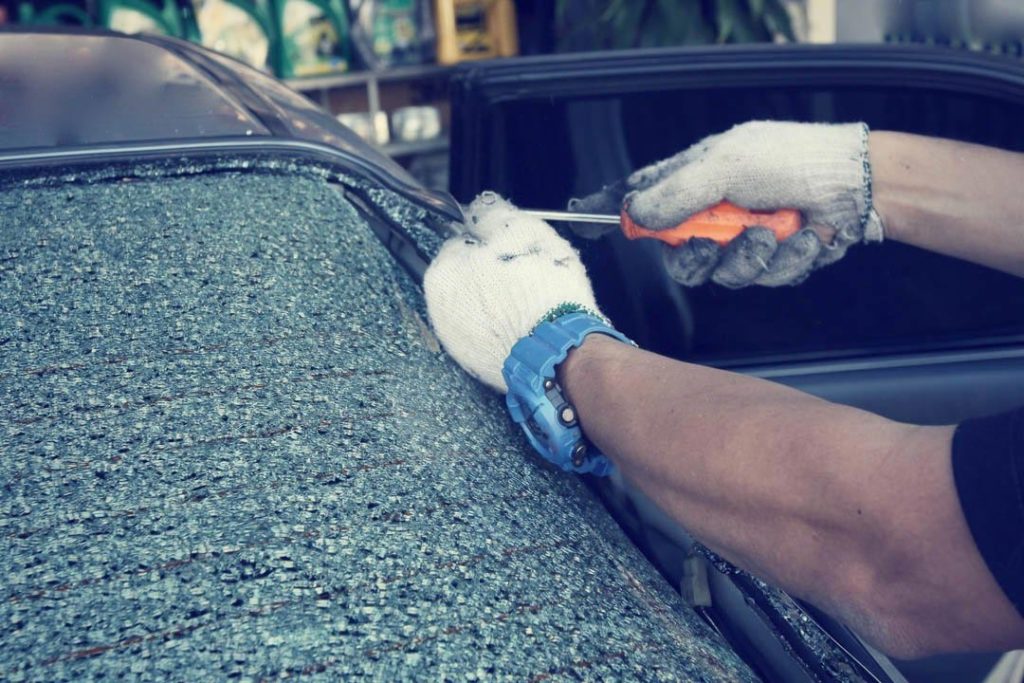 Hail damage can happen almost anywhere without warning. It doesn’t schedule itself around your work schedule or family obligations, but Integrity will. Come see us, or let us know when and where we can come to you for a free inspection and estimate at no cost or obligation. At our place or yours, an Integrity paintless dent removal specialist will gladly answer your questions about paintless dent repair and whether it’s right for you.

Hail dent removal should not increase your insurance premiums. Paintless dent repair is covered by most standard comprehensive auto policies. If you’re uncertain how to navigate your insurance claim when it comes to auto hail repair, we’ll help you through it. If you like, we’ll contact the insurance company for you. It’s part of what we do.

Step Three : Let Integrity Auto Hail Repair get you a rental car while we take care of those dents.

Many insurance policies include car rental, but if yours does not, we’ll take care of it for you. We work extensively with Enterprise Rent-A-Car across the Whitewood area so you don’t have to be without a vehicle for work, family, or whatever else your day involves. We’ll even meet you there to minimize the time you’re away from whatever you’d rather be doing.

Once we’re sure you’ve got that replacement ride, we’ll pick up your hail-damaged vehicle at a time and place convenient for you and bring it back to our facilities in the heart of Whitewood. 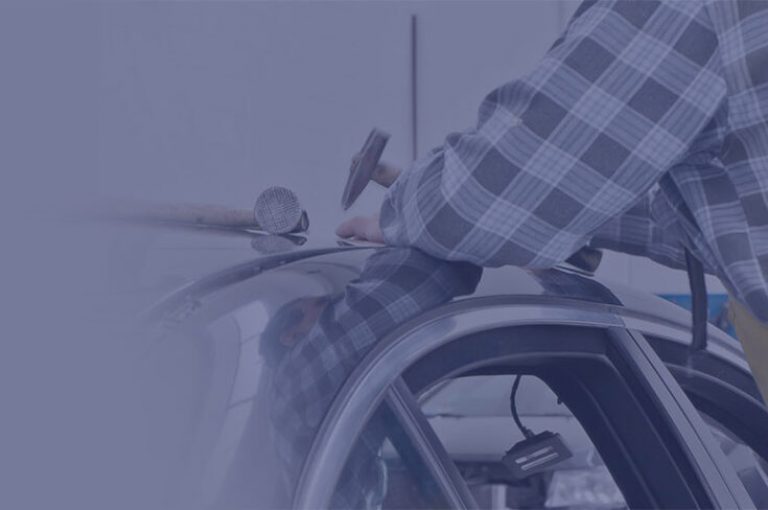 Our experienced technicians perform a thorough inspection of your vehicle to ensure no dent or ding, however minor or hidden away, is overlooked. They create a detailed evaluation using specialized hail damage software. Honestly, we’re just not happy unless we’re sure we’re doing for your vehicle everything we’d do for our own. Maybe more.

Step Six : The Claim Adjuster adjusts the claim as required.

After completing our in-shop evaluation, Integrity Auto Hail Repair reaches out to your insurance company and arranges for a claims adjuster of their choice to go through the results with us, in person and in detail. They’re busy people who deal with a wide range of claims and a variety of issues; we want to make sure nothing is missed when it comes to your claim or your vehicle.

Step Seven : We Do Amazing Things With Paintless Dent Repair

It’s really a shame you’ll probably miss this part – it’s our claim to fame. Integrity’s top technicians begin removing the dents and dings so cruelly inflicted upon your vehicle by mother nature. These aren’t two guys with a hammer and ice cubes – our technicians have decades of experience with customized tools and advanced techniques for the highest quality auto hail dent removal in Whitewood, SD. Maybe in the world.

Step Eight : Your Car Is Returned

We’ll wash it and bring it back to you and give you a moment to breathlessly assess the change. Of course, everything we do comes with a lifetime warranty, but more than that, we really like happy customers.

Integrity’s expert auto paintless dent removal South Dakota technicians utilize a proprietary process, custom dent removal tools, specialized techniques and decades of experience to gently remove and repair dents and dings caused by hail from your vehicle. The underside of the hail damaged panels, which are accessed through a variety of points on each vehicle, are massaged and flexed until the panels return to their original shape, rather than covering the dents and dings up with filler and paint. This process is known as “paintless dent removal” or “paintless dent repair”, and is commonly referred to as PDR. Even hail damaged vehicles that have dents with a multi-inch diameter can typically be repaired through PDR. With paintless dent removal, the paint decompresses along with the metal so that no paint damage occurs during the hail damage repair process.

What Do Insurance Companies Think of Paintless Dent Removal?

How Long Has Paintless Dent Removal Been Around, and When Did It Start Being Utilized for Auto Hail Repair?

Paintless dent removal (also referred to as paintless dent repair or PDR) has been around since the 1940s. It first gained popularity in Europe as an innovative way to repair dents and dings on automobile production lines. It then gained popularity in the United States in the 1980s as a more effective, less expensive method for auto hail repair and removing dents and dings from hail damaged vehicles.

Will Paintless Dent Removal Decrease the Value of My Vehicle?

No. Paintless dent removal or PDR requires no painting and therefore will not disturb the factory paint job of your vehicle, which means that when the hail damage on your vehicle is fixed, your car still has the best finish it will ever have.

What if Integrity Hail System’s Auto Hail Repair Evaluation Is Higher Than My Insurance Company’s Evaluation?

What If I Am Still Making Payments on My Vehicle with Hail Damage?

Can an Auto Hail Damage Claim Increase My Insurance Rates?

No. Many Integrity Auto Hail Repair customers are initially hesitant to repair the dents and dings caused by hail damage on their vehicle because they think their insurance rates will increase. However, your comprehensive auto policy covers the damage incurred by “Acts of God”, such as hail, wind, tornadoes, and other natural disasters, so paintless dent removal in South Dakota through Integrity is covered.

What Are the Major Advantages of Paintless Dent Removal & Repair?

Your vehicle’s structural integrity and original equipment manufacturer (OEM) parts are preserved with our paintless dent repair process. Unlike traditional vehicle methods, paintless dent removal does not involve cutting out and replacing OEM parts with non-OEM parts or misalignment.

Our paintless dent removal in Denver is clean and environmentally friendly since it conserves existing parts and does not involve any spraying, chemicals, paint, adhesives or extreme temperatures. No noxious paint fumes, or volatile organic compounds, are released into the ozone during the paintless dent removal process. Additionally, the threat of paint thinners that could be washed down into the public drainage system and potentially permeate the local water supply is eliminated at our centrally-located body shop in Denver.

Paintless dent removal is faster than repair performed at a traditional body shop. Because we are highly specialized and locally owned, Integrity Hail System’s customers typically have two auto hail repair technicians working on their car at one time, and as a result, get their cars back faster than anywhere else.

Do I Have to Worry about the Dents or Hail Damage Ever Coming Back?

No. Metal has a memory and once the molecular structure is realigned to its original form it will stay there, and the hail dents and dings will never return. Additionally, Integrity’s paintless dent removal process in Whitewood (also referred to as paintless dent repair or PDR) is guaranteed with a comprehensive hail damage warranty.

Can I Remove Hail Damage or Repair the Dents and Dings Caused By Hail From My Vehicle Myself?

We do not recommend that. You might see an advertisement for a “Dent Removal Kit” or other do-it-yourself methods to remove dents from your vehicle requiring a plunger, hair dryer or dry ice. These auto hail dent removal methods are generally ineffective and can often do more damage to your vehicle’s body and paint. All major insurance companies have adopted paintless dent repair as the standard and best practice for repairing vehicles with dents and dings caused by hail. Since the PDR process removes dents and eliminates the need for repainting, the manufacturer’s paint warranty is not voided. Additionally, Integrity’s paintless dent removal in Whitewood process is guaranteed with a comprehensive hail damage warranty.

Save Money And Time

Make an Appointment
Scroll to Top